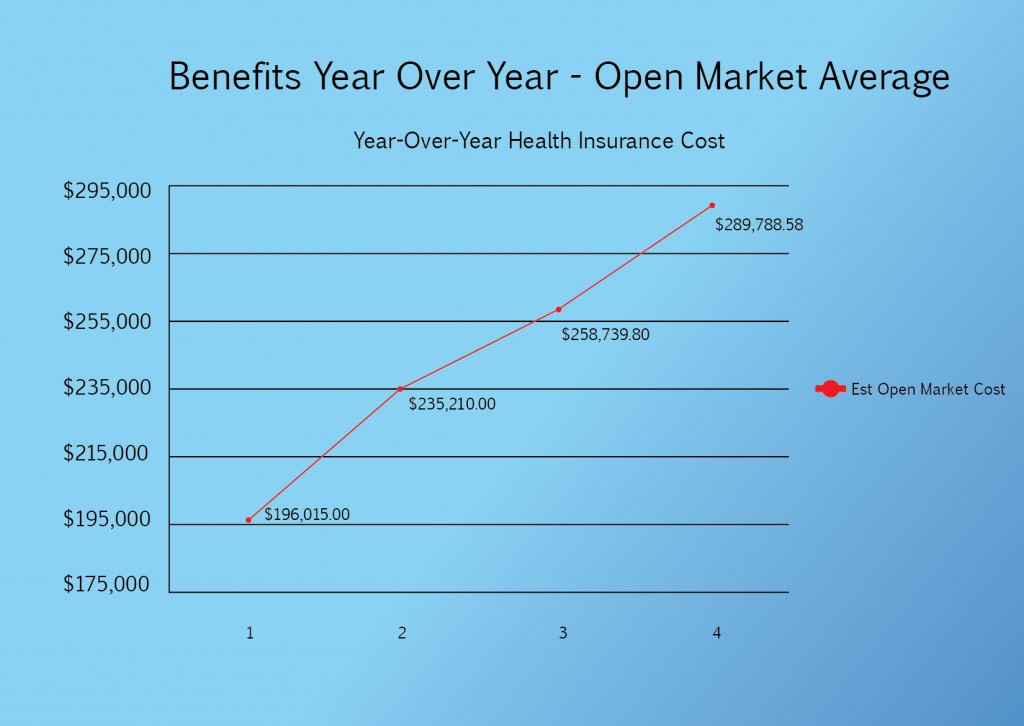 Brace yourself – small group health insurance costs are going up. Most companies are seeing renewals on their small group health plans between 11-50%! Average rates are increasing by 15% while most insurance plans have become even thinner in their coverage – higher deductibles, higher co-pays and less coverage. The U.S. has never had such dramatic increases in such a short time.

To put it in terms of fast food, imagine if a $5 hamburger now costs $7, and comes with 25% less meat and no lettuce. It’s outrageous!

Why is this happening? Four words: The Affordable Healthcare Act (ACA). The administration set out to make sure that everyone in the U.S. has access to health coverage, but in order to make that dream a reality, somebody has to pay the bills. That somebody is us.

Before the ACA, if your group was full of young, healthy people, your rates would be lower. Insurance companies know that young, healthy people don’t go to the doctor very often, so that group had lower rates. Since older people tend to have more health problems (and families), they had higher rates. This was the way of the world until ACA. 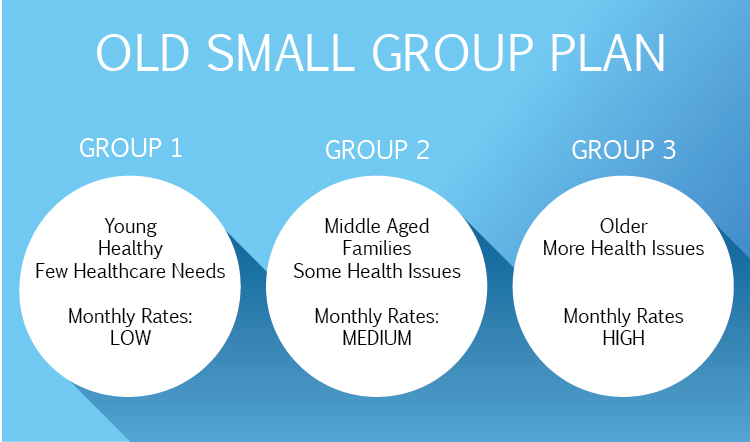 Now, insurance companies don’t split people into different groups with different risk factors. Now there is only one category: Everybody. If you’re a healthy person, you’re now lumped in with high utilizes, which translates to high risk. Congratulations! 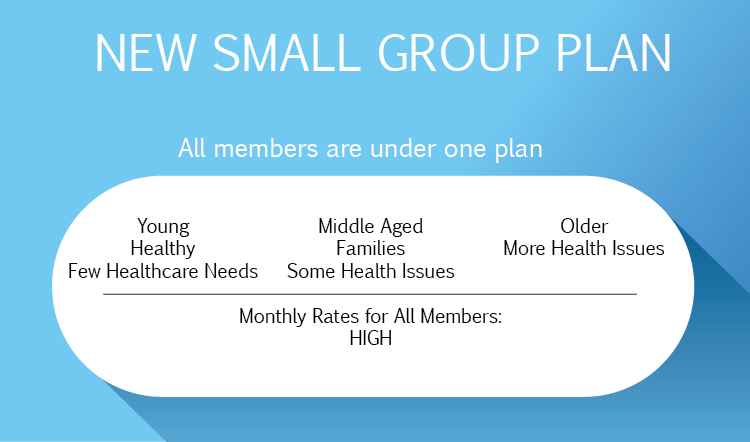 One of the most costly and devastating rate increases for employees happens because of the changes in the tiering system for small group policies under the ACA. A small group has one rate for an Employee Only, an additional rate for an Employee and Spouse coverage, another rate for Employee and one child and if a family has more than one child, they will pay an additional rate for each child they have in the family. 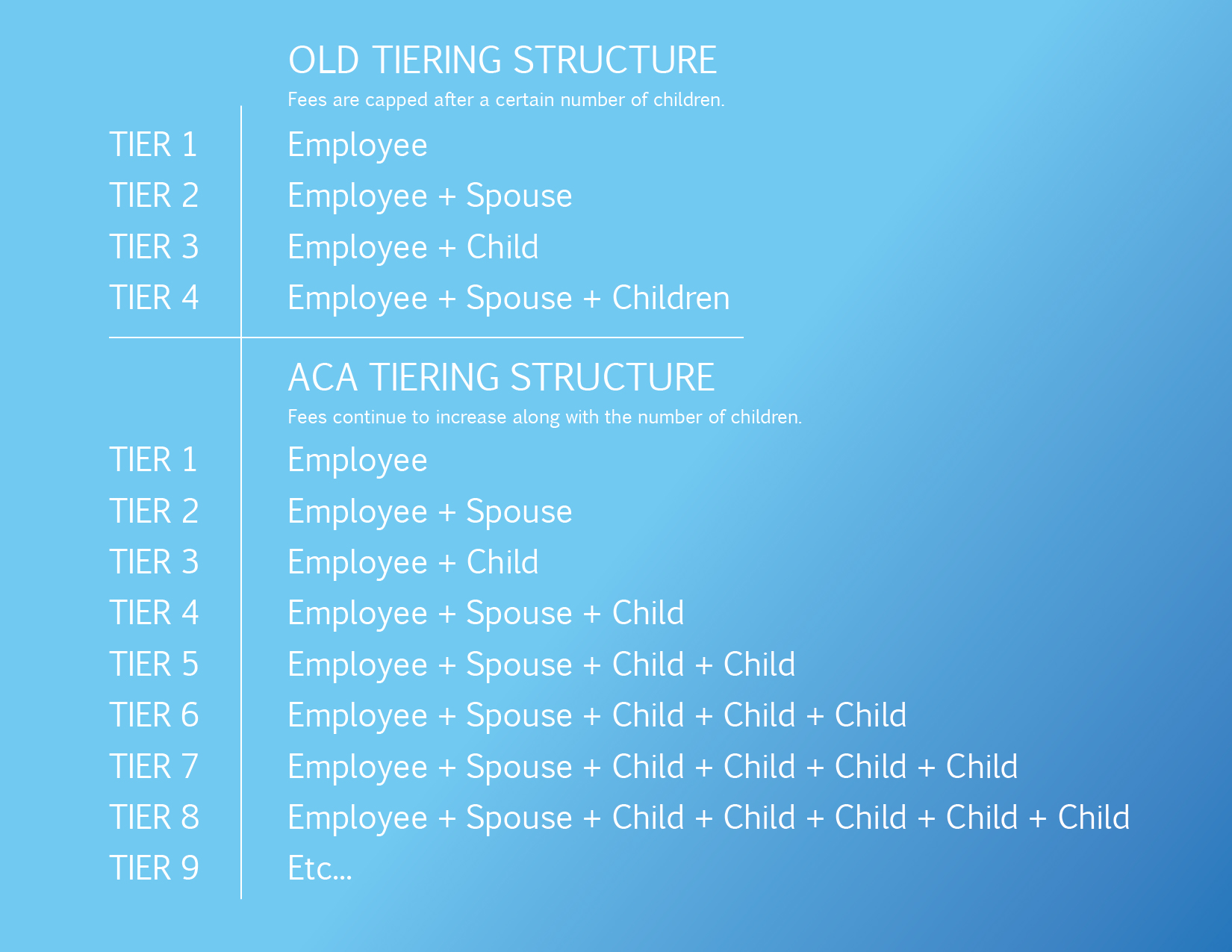 Under the NEW small group structure, your monthly premium goes up with every additional person on the plan. As you can see, things can get extremely expensive for those who have multiple dependents, especially if they have a combination of children under and over 20 years old.

One of our prospective client’s employees was recently subject to this new tiered structure. Her plan covers her, her spouse and their three children. Under the old tiering system, her monthly rates were $1,100 per month. Under the new tiering system, she has to pay $1,900 per month, an increase of $9,600 per year! As you can imagine, she’s not very happy about it. In fact, we don’t imagine anybody will be happy about it. The effect of this new law will continue to be widespread into next year.

In the past, the only way to get large group benefits was to work for larger companies. Today, there is a way to get these improved benefits, even if your company is considered small. The advantages of large group benefits are numerous.
First of all, it’s cheaper. It makes sense that a larger volume of people paying for their insurance would drive down the individual costs. You probably already take advantage of this kind of discounting whenever you buy from big box stores like Walmart or Costco.

Secondly, it enables insurance companies to better control risk. Large groups are rated according to their composite age rather than each individual’s age. Large group rates do not penalize employees who have larger families.

Now for the million dollar question: How do you get access to large group benefits? There is a solution, and it’s called a PEO. It’s the only solution that’s going to keep your business in business.

A PEO (Professional Employer Organization) is a company that specializes in handling various busywork tasks like payroll, HR compliance and worker’s compensation. What you might not know is that by joining a PEO, your employees are “pooled” with other employees from other companies, thus becoming part of a much larger group.

Because of our combined group rates, we save money and give our employees better benefits. Even with the added cost of paying a PEO, we not only survive, we thrive.

Here’s an actual client’s savings with an average increase of 15% year after year. This client decided to utilize the buying power of a PEO, with average large group health increases of 5% a year. What does this look like in five years?

Do you think your company could stay in business long-term with these kinds of increases without the assistance of a PEO?

Where does PEO Select come in?

We’re not a PEO, we’re a matchmaker. We have close relationships with many PEOs. We get to know your company’s needs and we find the ideal fit for your company. Your company can weather this storm, and we can help.

Watch this video to learn more.